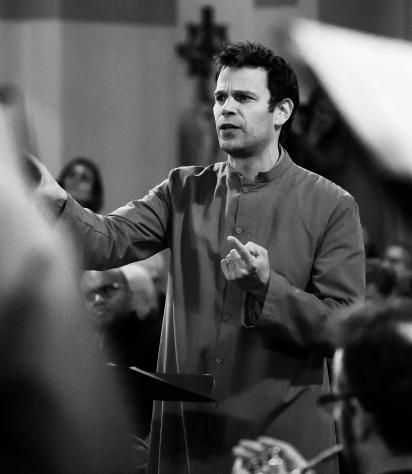 Nick Halley is a drummer/percussionist, keyboardist, composer, and conductor. He is the Founder and Artistic Director of Capella Regalis Men and Boys Choir, and Assistant Director of Music at the Cathedral Church of All Saints, Halifax. Nick founded and for 11 years (to 2021) directed The King’s Chorus, a choral society for members of the King’s and Dalhousie University communities in Halifax. Nick was also the Assistant Director of the University of King’s College Chapel Choir from 2008 to 2021.  In 2012, Nick was awarded the Queen Elizabeth II Diamond Jubilee Medal in recognition of his contribution to Canada and Nova Scotia through the arts, particularly for his work with Capella Regalis Men & Boys Choir.  For the 2013-14 season, Nick was the Host of CBC’s national radio program, Choral Concert. 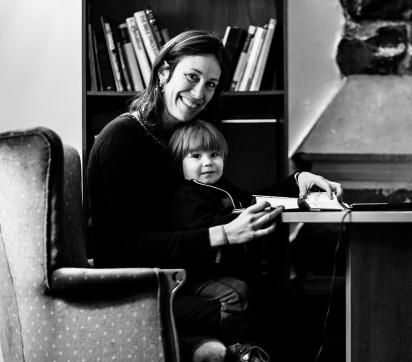 Vanessa joined her brother Nick and father Paul as part of the Capella Regalis team in 2012. She came to Capella Regalis with several years of experience in music administration at both the non-profit and for-profit levels, as well as over thirty years of singing experience in professional and semi-professional chamber and church choirs in four different countries.  Vanessa holds an undergraduate degree with High Distinction from Trinity College at the University of Toronto (2002), and graduated Juris Doctor Magna cum Laude from Western New England University School of Law (2006).  She practiced law in Massachusetts, USA, for five years, including as a staff attorney with the Committee for Public Counsel Services (public defender in the criminal courts) and as a law firm associate representing commercial and non-profit clients in the arts, health, and education sectors in intellectual property matters, often specifically in technology licensing deals. She made the move to Nova Scotia with her husband and young family to put music and education at the centre of their lives.

For nine years, from 2012 to 2021, in addition to her work with Capella Regalis, Vanessa served as the Chapel Choir Manager at the University of King's College. She now devotes her full energy to Capella Regalis and is delighted to be adding musical direction to her responsibilities with the September 2022 launch of the new Capella Regalis Girls Choir. 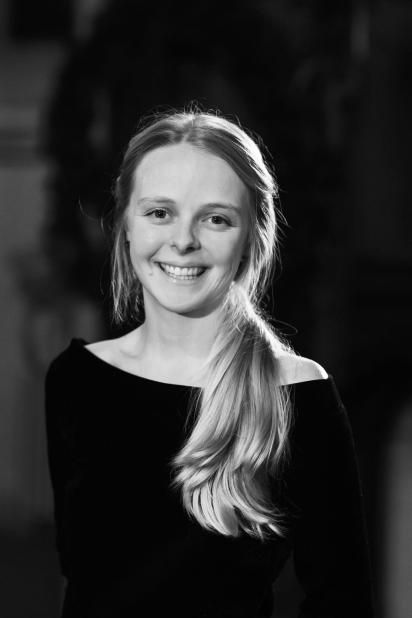 Hannah graduated from the University of King’s College / Dalhousie in 2018 with a B.A. Combined Honours in Early Modern Studies and French. During her student years, Hannah served as a key volunteer with Capella Regalis, in positions ranging from Choir Camp Counselor to Transportation Program Coordinator to Publicity Assistant. She also served as the Administrator of The King’s Chorus (a choral society for university students, staff, faculty, and community members). Following graduation, Hannah stayed on in Halifax, becoming Assistant Executive Director at Capella Regalis, with a primary focus on fundraising and grant-writing. She married her university beau, Andrew Griffin, who is a PhD candidate in the Classics department at Dalhousie University. Hannah and Andrew were very pleased to be the first couple ever to have the full forces of Capella Regalis sing at their wedding in July 2019 at All Saints Cathedral. In August 2021, they had their first child, Evelyn. 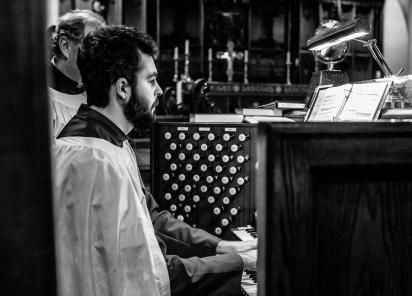 Gabriel was one of the original choristers to join Capella Regalis when Nick started it in the spring of 2010. Gabriel was 8 years old at the time. He went on to become the choir’s third Head Boy, later joined the Young Men as a bass, and then started playing organ. Gabriel became the Capella Regalis Probationers Program Director in April 2018, and later Nick's Assistant Artistic Director. He is now in his final year of a Bachelor of Music degree at the University of King’s College and Dalhousie University’s Fountain School of Performing Arts. He serves as Organ Scholar at the University of King’s College, where he accompanies and directs the chapel choir on a weekly basis, and recently conducted the King’s Chorus in concert. At King’s, Gabriel studied with Paul Halley from 2019-2021, and currently studies with Dr. Neil Cockburn. Other teachers in organ and composition include Garth MacPhee, Wayne Rogers, Nick Veltmeyer, Dr. Jared Miller, and Dinuk Wijeratne. In addition to King’s, Gabriel has held past organ scholar positions at the Cathedral Church of All Saints and at St. George’s Round Church in Halifax. Gabriel is the 2021 and 2022 recipient of the Dr. James Burchill Award granted by the Nova Scotia Talent Trust. 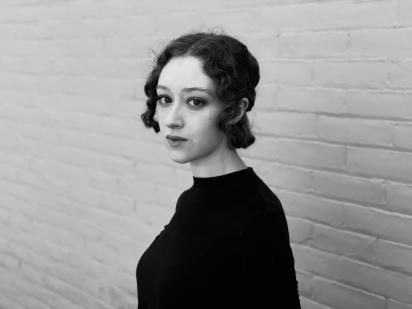 Hilary is a Canadian singer, actor, and writer. Hilary began singing at a young age and was accepted into the Claude Watson Secondary Arts Program as a Vocal Major. In Toronto, Hilary studied with Dr. Elaine Choi (D.M.A), soprano Norma Churchill, award-winning conductor Zimfira Poloz (U of T Faculty of Music, founder of Kazakhstan’s first choir school), and others, receiving Level 9 Voice certification from the Royal Conservatory of Music. Hilary met Nick, Vanessa, and Paul Halley in 2015 when she joined the University of King’s College Chapel Choir as a choral scholar. Now a Lay Clerk in the Chapel Choir, Hilary is a past recipient of the Helen Roby and Alma Georgina Houston choral scholarships. Hilary has performed as a soloist with Musique Royale, and collaborated with ensembles such as the Togni Consort, Aureas Voces, and The King’s Chorus. Additionally, Hilary has performed at events across the country, such as PODIUM National Music Conference, Kiwanis Musical Festival, and the ACNMP Contemporary Showcase, as well as venues such as Roy Thomson Hall, Glenn Gould Studio, the Living Arts Centre, and MacMillan Theatre.

Hilary currently sings with the All Saints Cathedral Choir directed by Paul Halley, as well as with other groups around Nova Scotia. Hilary joined the Capella Regalis team in the fall of 2021 as the organization's first designated Recruitment Officer. 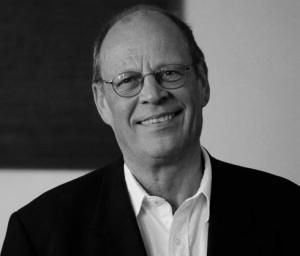 Paul Halley is a Grammy Award-winning composer, choral conductor, and organist. He is Director of Music at The Cathedral Church of All Saints in Halifax, Nova Scotia.

Born in Romford, England, Paul Halley was raised in Ottawa, Canada where he received his early musical training as a chorister and assistant organist with The Men and Boys Choir of St. Matthew’s Anglican Church.  At age sixteen, he was made an Associate of the Royal Conservatory of Toronto.  Awarded the organ scholarship at Trinity College, Cambridge, Halley received his M.A. with prizes in composition and performance, and was made a Fellow of the Royal College of Organists, winning first prize in the College examinations.  Following four years post-graduate work as a church musician and teacher in Montreal, QC, Jamaica, W.I., and Victoria, BC, Halley was appointed Organist and Choirmaster at The Cathedral of St. John the Divine in New York City where he served for twelve years from 1977-1989. During his tenure at the Cathedral, Halley collaborated with The Paul Winter Consort, contributing as principal writer and keyboardist on multiple Grammy Award-winning albums released in the 1980’s and 1990’s.

Following his departure from the Cathedral in 1989, Halley settled in rural Connecticut and founded the children’s choir, Chorus Angelicus, and the adult ensemble, Gaudeamus.  In 1999, Halley became Director of Music at Trinity Episcopal Church, Torrington, CT where he inaugurated a Choral and Organ Scholars program in conjunction with Yale University’s Institute of Sacred Music.  In 2007, Halley relocated to Halifax, Nova Scotia to become Director of Music at both the University of King’s College (to 2021), and St. George’s Anglican Church (to 2011), as well as University Musician at Atlantic School of Theology (to 2015).  In 2015 Halley became Director of Music at The Cathedral Church of All Saints, Halifax.

Halley’s choral and instrumental compositions are distributed internationally by Pelagos Incorporated (www.pelagosmusic.com), the recording, music publishing, and arts management company which he established with his wife, Meg Race in 1998.  Halley’s compositions have been commissioned or licensed by such organizations as Sony Entertainment, John Williams and the Boston Pops Orchestra, CBC, The Toronto Symphony, and Canadian Brass. A recording of recent choral works by Paul Halley, entitled In The Wide Awe And Wisdom, was released in the fall of 2017 on the Pelagos label. 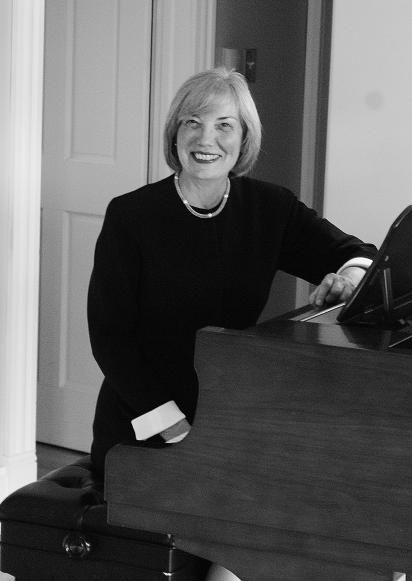 Barbara Butler is a chamber musician, choral conductor, organist and music educator, and a well-known champion for the arts in Nova Scotia. In 2020 Barbara was named to the Order of Canada for her contributions to the musical landscape of Nova Scotia, notably for her promotion of numerous concert series across the province.

Born in Newfoundland, Barbara earned her Bachelor of Music Degree from Acadia University with majors in piano and organ. She is also a graduate of Banff School of Fine Arts in Arts Management, The Institute of Choral Arts (Nova Scotia Choral Federation), England’s Royal School of Church Music and the International Organ Academy (Holland). In 1990 she was made a Fellow of the Royal Canadian College of Organists. In 2002, Barbara was awarded the Queen’s Golden Jubilee Medal by Lieutenant Governor Myra Freeman for her service to music and the arts in Nova Scotia. She is a 2006 recipient of a Women of Excellence Award in the field of culture from the Canadian Progress Club (Halifax – Cornwallis). In October 2011 she received an Honourary Doctorate in Civil Law from the University of King’s College. In March 2012 Barbara was awarded the Queen Elizabeth II Diamond Jubilee Medal by Lieutenant Governor Mayann Francis.

Barbara has strong affiliations with many arts organizations in the province and has served on various boards including the Maritime Conservatory of Performing Arts, Debut Atlantic, Opera Nova Scotia, the Royal Canadian College of Organists and the Nova Scotia Talent Trust, in addition to Capella Regalis.

Many more individuals volunteer their time and expertise, including Scott Beard (music librarian), Beth Boudreau (transportation program primary driver), our non-staff Choir Camp counselors, members of the Parent Fundraising Committee, our chaplains Helen Ryding and Gary Thorne, publicity assistants, robes stewards, and many others who have played essential roles in the choir's activities and operations over the years.