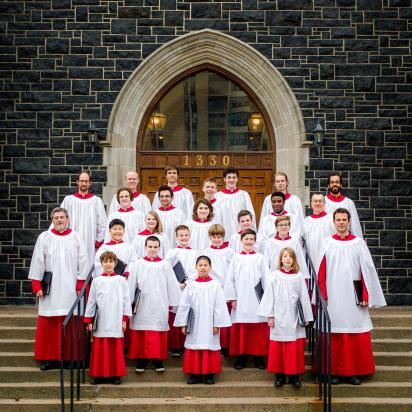 We've decided to turn our Evensong into a final Tour Concert!

We have decided to make our May 29 Evensong into a Tour Concert for our Halifax audiences! Free-will offering; no tickets required. Masks strongly encouraged.

Capella Regalis is getting back on the road again this Spring after a two-year, Covid-induced hiatus. Musique Royale, in partnership with venues around the province, will present Capella Regalis in its fifth tour of Nova Scotia, including concerts in Windsor, New Glasgow, Antigonish, Annapolis Royal, Liverpool, Mahone Bay, and a recently-added final performance in Halifax.

The concert program features well-known and lesser-known selections from the Western sacred canon as well as American, Irish, and English folk songs arranged by composers such as Allister MacGillivray and Benjamin Britten. The program also features works by Paul Halley, including the all-time audience favourite, “Freedom Trilogy”.